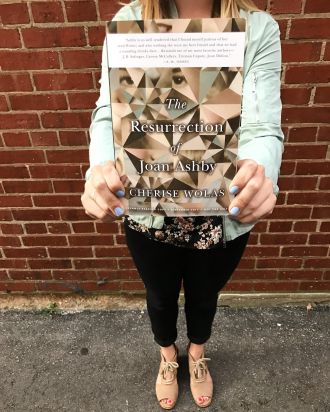 You know those books you read where you just have a sense, about twenty pages in, that you’re going to love it? Where even in the first few chapters, with no knowledge of what’s going to come or how the story will end, you can already tell that this book is going to wow you?

It only took me a few pages of this 500 page book to be completely mesmerized by it. A chapter in and I knew this was going to be one of my favorite books of the year (and I’ve already read some good ones).

I viewed the consumptive nature of love as a threat to serious women. But the wonderful man I just married believes as I do — work is paramount, absolutely no children — and now love seems quite marvelous.

These are the words spoken by the award-winning author Joan Ashby, shortly before she discovers she is pregnant, much to the delight of her new husband. Joan is astonished by his quick betrayal, and suddenly finds herself as someone she never expected to be — a mother of two living in suburbia, trying, but mostly failing, to still live that life of an author that she had always wanted.

I could come up with pages and pages of praise about this book, although I’ll try my hardest to keep myself under control. The plot seems simple enough at first — a woman dedicated to her profession is thrown off course by unexpectedly starting a family. But this book is anything but simple. It is layered and complex, as are the emotions of Joan and her family.

Cherise Wolas is a debut author. I kept returning to this fact again and again as I read. It’s almost unbelievable. This novel is so accomplished. The depth and scope of its characters, the compelling plot, the excerpts from Joan’s own work — this book has it all. And on every single page of this brick of a book, I was impressed by the skill, the attention to detail, and the realness that Wolas has created.

I have always enjoyed books about writers. As a writer myself and someone who has sat in countless writing classes, book about authors (fictional and otherwise) just fascinate me. The Resurrection of Joan Ashby is now my absolute favorite book in that category. Not only does Wolas write about Joan as an author, she actually writes as Joan. She gives us excerpts from her first two published story collections, as well as bits and pieces from her ongoing projects throughout the novel. Essentially, Wolas has written and/or planned out around five distinct books within the pages of this one. The excerpts from Joan’s work make me desperately wish I could have copies of them all for my own shelves.

Joan Ashby is a complicated character. Since her childhood, she has always been first and foremost, a writer, and yet as we first meet her she is a wife, and soon after, a mother. Wolas captured this metamorphosis, or perhaps this fracturing, of Joan perfectly. We see her fall in love with her son and become more and more distant from the Joan Ashby she has always been. Wolas was able to create such a fully-formed, realistic character, who both accepts her role as mother and longs for her days as a single writer. These contradictory desires were completely believable as Wolas was able to deftly balance them both. Joan was a real person to me — maybe more real and believable than any other character I’ve come across in a work of fiction. Her character development is second to none. Leaving the world of this book and coming to terms with the fact that Joan Ashby isn’t actually a real person publishing actual books, was legitimately difficult. I was left with quite the book hangover.

The blurb provided by the publisher hints at “a betrayal of Shakespearean proportions” that makes her question her every decision. Even with such a warning, the betrayal that takes place was nothing that I saw coming. It floored me. It broke my heart and made me angry, and propelled me into the second half of the book with a fire. Although very different, I loved the second half just as much as the first, and I thought the book ended exactly as it needed to. I was completely satisfied by the ending, with the choices that were made, and yet completely unwilling to let go.

Perhaps my only complaint about this entire novel is the fact that I would have liked to see more of Martin (Joan’s husband), particularly in the middle of the book. As it was, Martin felt kind of two dimensional. And while I am glad that he was never taking the focus away from Joan in the novel itself (although he often did in their actual life), I think we could have benefited from a more fleshed out character. As I’ve said, I have a very clear, complete picture of Joan as an individual and as a writer. I have a very good picture of her as a mother as well. What was not so clear to me was Joan as a wife. And while this is probably the least important of those different categories, I would have liked to have had a better idea of her relationship with Martin.

Even with that minor complaint, I absolutely loved this book. It is hands down one of my favorite reads of 2017 and I know for a fact that I will be rereading and recommending it for years to come. If you don’t already have an early copy, The Resurrection of Joan Ashby hits the shelves TOMORROW (August 29th, 2017). Do yourself a favor and pick it up. It is brilliant and I loved every single second I spent reading it.

3 thoughts on “THE RESURRECTION OF JOAN ASHBY BY CHERISE WOLAS” 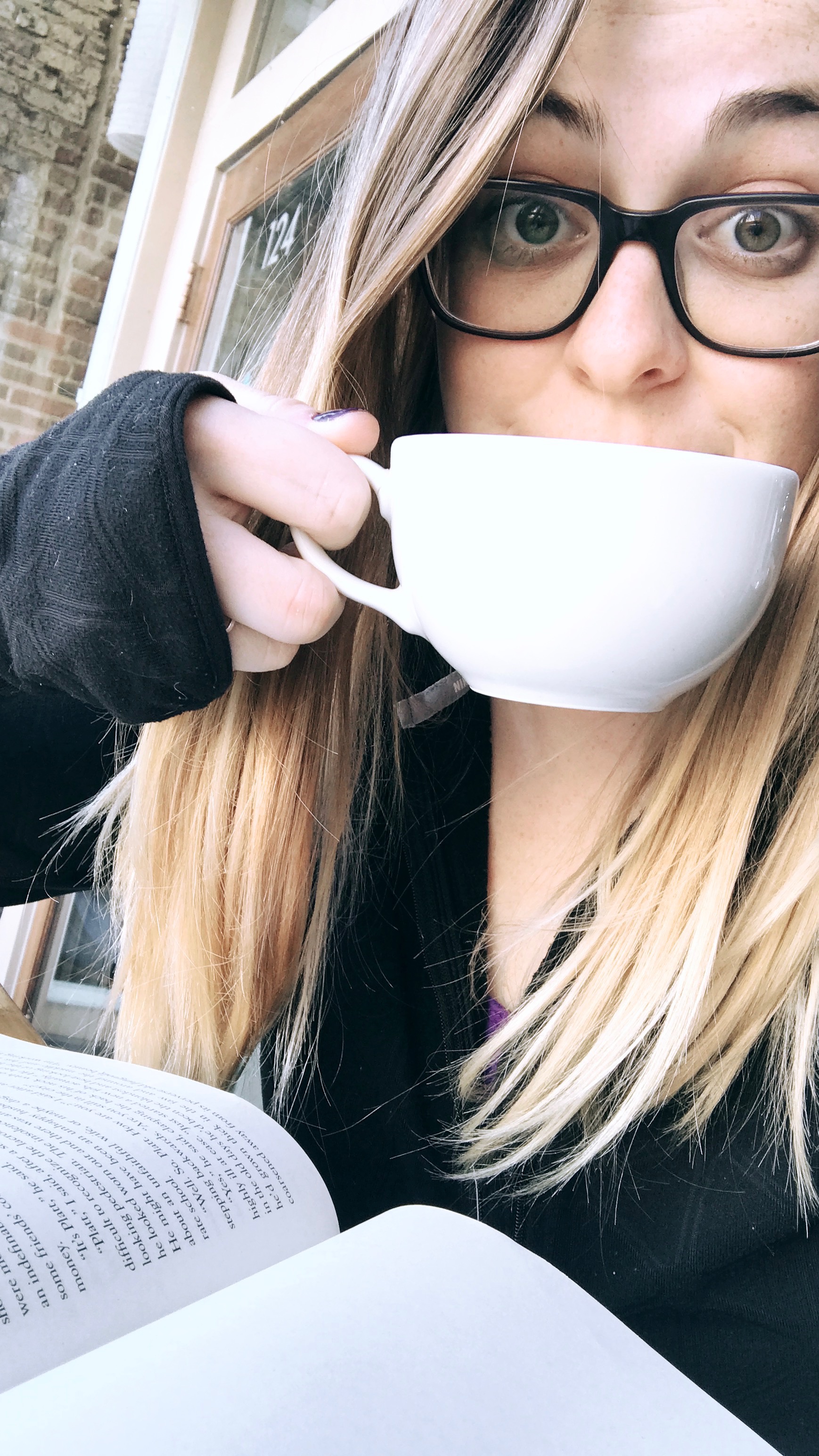 Stopped in the lovely @cafedhibs for the first time this morning and I started this short story collection by @nellfreudenbergerauthor. I adored LOST AND WANTED when I read it last year, and so when I stumbled across this signed copy over the summer at the Center for Fiction in Brooklyn I had to have it. Today seemed like the right moment to finally pick it up.
Wistfully wishing I was under a blanket and in front of the fire with my book. ❄️
Bad at smiling for photos, but good at always stopping at @coffeehouseoncherrystreet when I make it to Tulsa! ❤️ It was a favorite spot of mine when I was in college for late night tea and studying... and now love going back for a gluten free waffle and an oat milk lattes. It’s also the perfect atmosphere to sneak in some reading.
It’s cold and rainy and icy today so here’s a shot from a nicer morning on an orange couch with an orange mug to brighten things up a little bit 🍊☕️ • I’m listening to THE DUTCH HOUSE on audio from @librofm and I love it so much. Tom Hanks does the narration and it’s my first Ann Patchett novel and it’s fantastic. Definitely recommend! I’m also reading LONGITUDE by Dava Sobel, a short nonfiction book about how John Harrison solved the “longitude problem” and invented a clock that could tell accurate and precise time at sea. So far it is fascinating!!
Cozy scene from a snowy Sunday. • I’m reading THE LIFE LIST OF ADRIAN MANDRICK by Chris White. I’m little over halfway through and I think I like it? I do find myself getting sucked in and not wanting to set it down, but I’m not completely sure how I feel about it yet. More thoughts to come when I finish it up. • What’ve you been reading this weekend?
Lots of rain and ice and snow in the forecast soooo hopefully going to be cuddling with these two and a book soon. 💓
%d bloggers like this:
%d bloggers like this: